There is a big, new 40-story building going up at the corner of Mission and South Van Ness. It is currently referred to as 1500 Mission (Related California is the developer) and, while it hasn’t been named yet, I’m thinking that it might be called the Coke Building, to the chagrin of everyone except those who like that “stuff.” 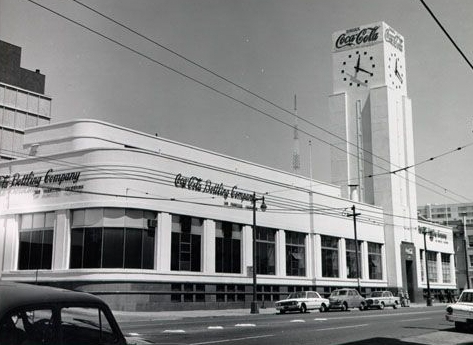 A friend over coffee bemoaned that we don’t make anything in San Francisco anymore: no more Coca-Cola–which I buy at Mollie Stones, paying my 20-cent sugar tax–no more print, no more factories. The forerunner of the Coca-Cola bottling facility pictured here was a building constructed in the 1920s as a (Classical Revival design–note the big clock, still standing today) facility for The White Company, initially a car manufacturer of some note, and then buses and trucks, many of the latter used by the folks who built Hetch Hetchy Reservoir and “other real things.” 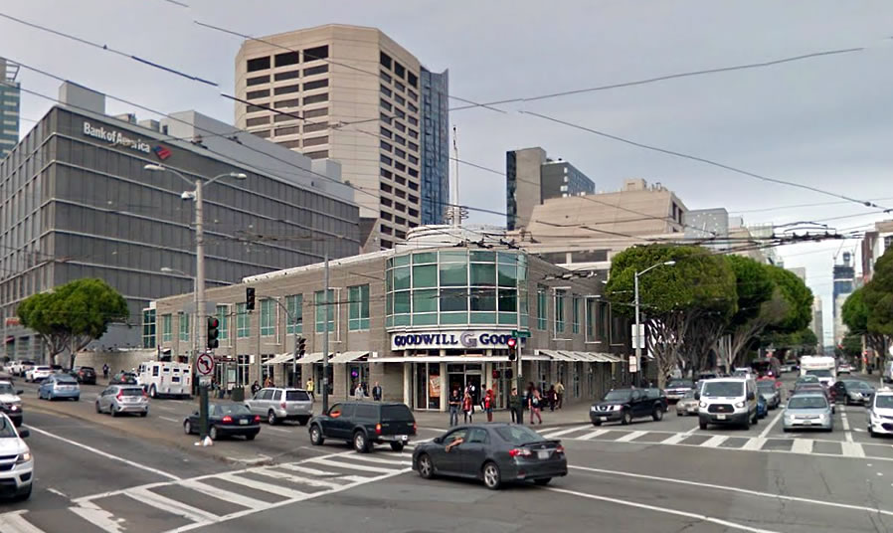 Today, the 2.3 acre site (very big for a piece of city dirt) is being developed as two buildings: one a residential (rental) complex by Related and the other as a San Francisco City & County facility that will be a one-stop permitting center, i.e. the new home for the Planning Department, Department of Building Inspection, and the Department of Public Works.

So, in 100 years, we have gone from a Coca-Cola bottling facility that makes things, to a Goodwill store that sells things, to a residential complex and all-in-one office building that houses and does things. Wonder what the next 100 years will bring.