There is probably no building more iconic in San Francisco than the 48-story Transamerica Pyramid. It was completed in 1972, and until Salesforce Tower’s completion in 2018, stood as the city’s tallest building. The general contractor was the Dinwiddie Construction Company, now known as Hathaway Dinwiddie, and the architect was William L. Pereira. While the Transamerica Corporation no longer has any operations in the building, locals still refer to it as the Transamerica Pyramid, and will probably do so for at least the next 100 years–although I have no special insights into the future.

It’s not just another office building. It stands out, no matter where in the city you happen to be. We have architect William L. Pereira to thank for that. Born in 1909 in Chicago, he graduated from the School of Architecture at the University of Illinois and was one of the contributors to Chicago’s 1933 World’s Fair. He started living in the Los Angeles area in the 1930s, and did some work for the motion picture industry, including acting as art director on several films. In 1949 he became professor of architecture at the University of Southern California. 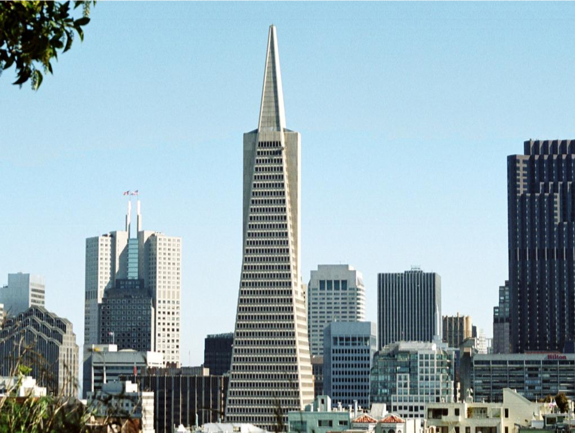 In the early 1950s, he formed a partnership with fellow classmate and architect, Charles Luckman, to form Pereira & Luckman, which grew to be one of the country’s most prolific firms. He parted with Luckman in 1959 and formed William L. Pereira & Associates, designing the LA County Museum of Art and the CBS Television City campus, as well as campuses for USC, UC Irvine, Pepperdine University, and, of course, the Transamerica Pyramid, which cost $32 million to build back in 1972.

So, why the history lesson? Because we at LISA are using the Transamerica Pyramid as the subject of our first-ever Fantasy General Contractor event—no construction experience required—which we expect to launch in February 2020. Check out this video for more info!