In 1984, two railroad powerhouses, Santa Fe Industries and the Southern Pacific Company, merged to form the Santa Fe Pacific Realty Corporation, later renamed Catellus–the owner of some 300 acres just south of the Channel, popularly known as Mission Bay. It has some of the best weather in the City, walking distance to the Financial District, and easy access to the 80, 280, and 101 freeways.

In 1998, The Board of Supervisors created Mission Bay as a redevelopment project, and Mayor Willie Brown encouraged Catellus to donate 43 acres to UCSF for its Mission Bay campus. Mission Bay is now home to one of the largest and most respected research facilities in the world, thanks to Mayor Brown, Alexandria Real Estate and UCSF. 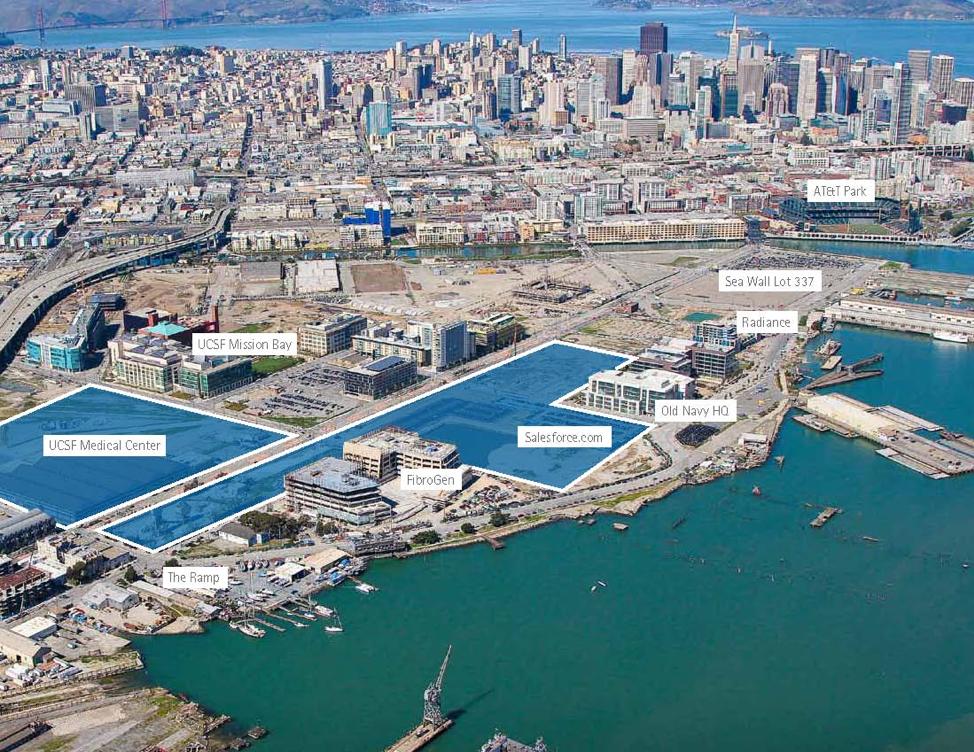 Yes, Salesforce owned about 14 acres, where they planned to build a new campus until they decided to instead build a campus skyscraper. Located at 1st and Mission, it is now the tallest building in the city. At the time, Sea Wall Lot 337 was a 25-acre parking lot for ATT Park. It has since been renamed Mission Rock and is under development by a joint venture of the San Francisco Giants and Tishman Speyer. 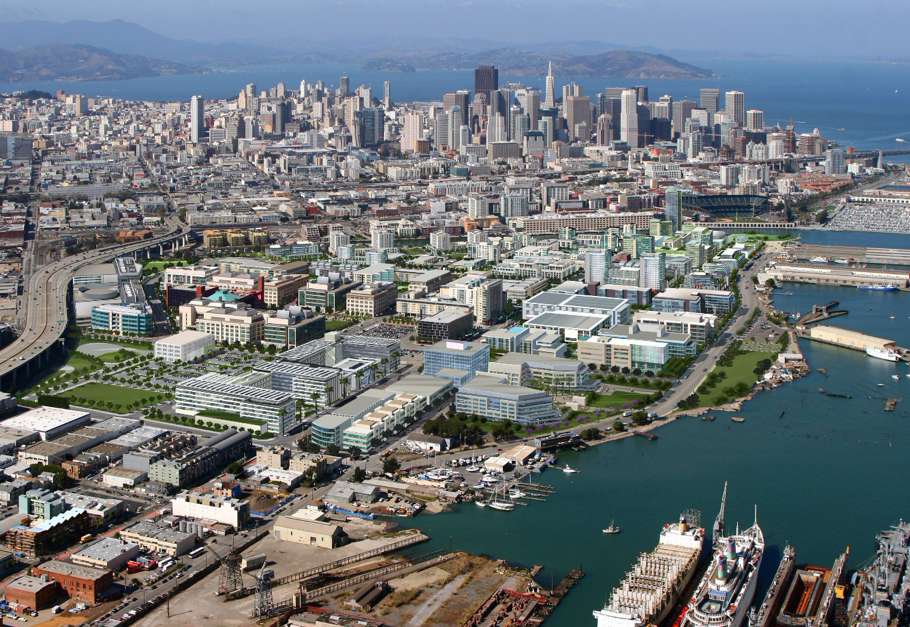 The rendering was pretty prescient, no?

What’s not in the rendering is Chase Center, which now anchors the southern end of Mission Bay; Mission Rock anchors the northern end. 10 years ago, you would have been called a pioneer had you decided to locate your business or home in Mission Bay. Today, you’d probably be called brilliant. However, you don’t have to be brilliant to see that Dogpatch and Pier 70 are next. As discussed in our November Insight, the city has space to expand only to the west and south. Southward ho!

Speaking of new developments, we have some big things in the works for 2020. Learn more here.